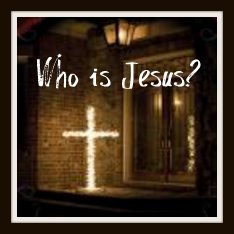 Think of it this way – let’s say that you have a mother.  Let’s say that she is 5′ tall, her name is Linda, she has short dark hair, she’s been married for 45 years to the same man, she was born in October, etc.  You probably know a ton of things about your mom, right?  You also know that these things are true about you mom, mostly because she raised you, cared for you, fed you.  Heck, that means that you also know that she is kind, caring, generous, etc.  Lots more things you know about her.

So, let’s now say that a friend introduces you to a man named Lane.  In getting to know Lane, the topic of moms comes up, and you talk about how great your mom is.  After a while, Lane starts acting like he knows her, and confirms your suspicions by blurting out “Dude!  I totally know her!  She’s like 6′ tall, long blonde hair … what’s her name … Kris … Kris Kremmins!!  I can’t believe it!”

But Lane presses – “Yes I do!  She’s also kinda witchy – those cheerleader types always are.  Dated the basketball team, not just certain members of the team, the whole team!  Couldn’t ever talk to her though, she never gave me the time of day.”

It wouldn’t take you very long to see that Lane has a completely different person in mind.  He might be thinking of a female, but apparently, that’s where the comparison ends.  He can’t even get her name right!

Would you defend what you know about your mom to Lane?  I hope so!

Absurd, right?  It may even seem like I got this idea from a movie (truth – I did.  bonus points if you know which one).

But it’s all too real.

Worse? Lane’s not talking about your mom.

“Yeah, I know who Jesus is.  He’s some revolutionary that lived in Israel a long time ago.  What he taught got him in trouble with the law, and he was killed.  Poor guy.”

(Yeah, I know your mom. She’s some law breaker that was arrested for stealing food.)

“Yeah, I know Jesus. In fact, I believe in him, I’m a Christian.  He was the son of God and some mother goddess, I can’t remember her name, and he had a brother too – Lucifer.  He showed us how to become gods!”

(Yeah, I know your mom.  She’s that crazy woman who is always on the news talking about how aliens abducted her.  She’s nuts.)

“Yeah, I know about Jesus, but he wasn’t real.  He is merely a story people dreamed up to keep others in line.  Eternal punishment is a pretty good bogey man!”

(Yeah, I know about your mom…your real mom.  Didn’t you know you are adopted?  That lady you think is your mom really isn’t.  You’ve been lied to all these years.)

Heard any of those?  They even use the name of Jesus, but they have no idea who Jesus really is.  Whoever they are talking about is not the real Jesus, he’s some made up Jesus.  If this were unique to atheists, Muslims, or other religious groups, it would be bad enough – spreading falsehoods about anyone, especially Jesus, is pretty bad.

I wish I could say that “Christianity” doesn’t suffer from this.  But I can’t.  It’s close to home.  Too close.

“I not only know Jesus, I know what He taught.  He’s the Son of God all right, and because He loves us and has a wonderful plan for our lives, He wants us to be healthy and wealthy.  He said that if you are sick, it’s because you don’t have enough faith.”

(Yeah, I know your mom, she was such a great second grade teacher.  I learned so much about the world from her, like the reason alligators are so mean is because they have all those teeth and no toothbrush.)

“Yeah, I know Jesus.  He’s God, so that makes him the Father, the Son, and the Spirit.  He’s part of this trinity thing – you know three Gods in one God or something like that.  It doesn’t really matter though.  He’s God!”

(Yeah, I know your mom.  She’s your aunt and sister too, right?  You’re thaaaat family.)

Absurd in the highest!

It’s almost like we don’t really care because for whatever reason, we just let people keep spreading lies about Jesus.  You don’t even have to go too far to see it/read it/hear it.  Why do we do that?

I do know this – if Jesus were as real to you as your own mother, if you believed with your heart of hearts that everything the Scriptures proclaim about Him is true, you would reject all of those caricatures of Jesus and seek to correct the errors about Him.  Just like you’d correct anyone who spread falsehoods about your mom.

All that to ask you this:

Do you truly believe that Jesus is knowable?  Not only knowing things about Him, which is important, but also knowing Him, which is vital.  Your eternity depends on it!

He was born.  Born in the City of David.  He is the Messiah (Christ).  He is Lord.  He was born as a baby.  He was the fulfillment of prophecy.

Hebrews 1:1–2 (ESV) (1) Long ago, at many times and in many ways, God spoke to our fathers by the prophets, (2) but in these last days he has spoken to us by his Son, whom he appointed the heir of all things, through whom also he created the world.

He is the final word from God.  He owns everything.  Through Jesus, the world was created.

Hebrews 1:3–4 (ESV) (3) He is the radiance of the glory of God and the exact imprint of his nature, and he upholds the universe by the word of his power. After making purification for sins, he sat down at the right hand of the Majesty on high, (4) having become as much superior to angels as the name he has inherited is more excellent than theirs.

He is God.  He is powerful to hold everything together, simply by His word.  He atoned for sin ONCE, that’s all that was needed, and finished that work.  He is not Michael the archangel – He is much greater than angels.

Romans 5:6–10 (ESV) (6) For while we were still weak, at the right time Christ died for the ungodly. (7) For one will scarcely die for a righteous person—though perhaps for a good person one would dare even to die— (8) but God shows his love for us in that while we were still sinners, Christ died for us. (9) Since, therefore, we have now been justified by his blood, much more shall we be saved by him from the wrath of God. (10) For if while we were enemies we were reconciled to God by the death of his Son, much more, now that we are reconciled, shall we be saved by his life.

We are weak, but He is strong.  And while we were weak, He died for sinners.  While we were enemies, He died for us!  His death and resurrection saves His people from God’s wrath (yes, God is wrathful as well as merciful), and reconciles them with God.  No longer enemies.

And we can know Him…

1 Corinthians 2:1–5 (ESV) (1) And I, when I came to you, brothers, did not come proclaiming to you the testimony of God with lofty speech or wisdom. (2) For I decided to know nothing among you except Jesus Christ and him crucified. (3) And I was with you in weakness and in fear and much trembling, (4) and my speech and my message were not in plausible words of wisdom, but in demonstration of the Spirit and of power, (5) so that your faith might not rest in the wisdom of men but in the power of God.

So, there it is.  Jesus is knowable.  Things about Jesus are knowable. The entire bible, all 66 books, 1189 chapters, 31102 verses, all of them tell us something about God – something about His character, His nature, His actions, His interactions, His laws, His grace, His mercy, His TRUTH.  There is no excuse.

And He’s so much more than your mom.

Do you believe that?  Because if you do, if you truly do, it should affect you to your core.  Does it?

You know your mom well.  You should know Jesus better.  Do you?

If not, there’s this one book…