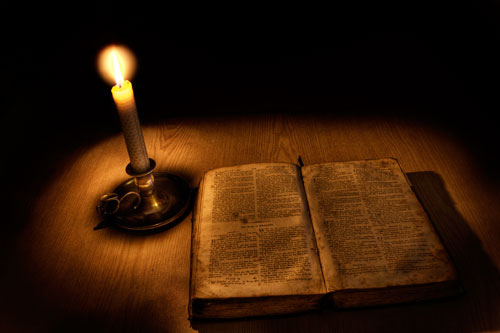 There is a popular idea going around…the idea that religion is bad and Jesus is good.  This idea spawns other ideas like “religion gets in the way of Jesus” or “Jesus hates religion”.  There is a sense in which I agree with these statements, but only if we define “religion” as “man made doctrines that substitute for Jesus.”  The bible certainly speaks out against that kind of religion in passages like Colossians 2:20–23 and James 1:26.

However, the bible is pretty clear that in order to call yourself a Christian, you must believe certain things. The fuller context of James 1:26 is:

James 1:19–27 (ESV) (19) Know this, my beloved brothers: let every person be quick to hear, slow to speak, slow to anger; (20) for the anger of man does not produce the righteousness of God. (21) Therefore put away all filthiness and rampant wickedness and receive with meekness the implanted word, which is able to save your souls. (22) But be doers of the word, and not hearers only, deceiving yourselves. (23) For if anyone is a hearer of the word and not a doer, he is like a man who looks intently at his natural face in a mirror. (24) For he looks at himself and goes away and at once forgets what he was like. (25) But the one who looks into the perfect law, the law of liberty, and perseveres, being no hearer who forgets but a doer who acts, he will be blessed in his doing. (26) If anyone thinks he is religious and does not bridle his tongue but deceives his heart, this person’s religion is worthless. (27) Religion that is pure and undefiled before God, the Father, is this: to visit orphans and widows in their affliction, and to keep oneself unstained from the world.

But “religion” encompasses more than “what I do”.  It also places boundaries on “what can I believe?”  You can’t just believe any old thing about Jesus and still be considered a Christian in any real sense.  Christianity is a revealed religion.  That means that God Himself has revealed to us what belief in Him looks like, smells like, feels like, etc.  It also means that He has revealed certain things about Himself that must be believed.  It also means that He determines what right and wrong belief are.  Him.  Not us.

Wrong religion is us telling God who He is and how He is to be worshipped.

Right religion is God telling us who He is and how He is to be worshipped.

Belief is a vital part of religion.  But what should we believe?

This question will put context on our discussion:

Is this he saved?

First off, thinking you are doing something right and actually doing something right are two different things. Just because a Jehovah’s Witness thinks that he is reading God’s word doesn’t mean he is considered right for doing so. If he is reading the “approved” bible for Jehovah’s Witnesses, he is reading the New World Translation (NWT).  That translation intentionally edits passages related to Jesus to remove His divinity, and this tactic is plainly seen by simply looking at the Greek.  They intentionally altered the word of God, and thus they no longer have the word of God.

Anyone can put their faith in anything. If a person places his faith in the Jesus of the NWT, a Jesus who is a created being, a Jesus who is not God but really Michael the archangel, he has placed his faith in the wrong Jesus, a Jesus who cannot save, and he is therefore not saved, even if the “bible” he is reading declares him to be so. This person has not been saved because he is not hearing the voice of the Shepherd – he is listening to a false christ…an antichrist.

Pretend for a minute that I am a Mormon.  As such, I believe that Jesus is the spirit brother of Lucifer, and that God is actually a man who ascended to godhood (because that’s what my holy writing, “Doctrine and Covenants” says.)  However, as a Mormon, I also read the bible (insofar as it is translated correctly) and it tells me to place my faith and trust in Jesus.  So I place my faith and trust in the Jesus I know – the Jesus who is the spirit brother of Lucifer, a created being, definitely not God.  Moreover, the very god I believe in is a man who attained the status of godhood by the works he did!  If I place my faith and trust in that Jesus (because that’s what the bible says I should do), I cannot be saved because that’s not the Jesus who saves – it is a Jesus fabricated by Joseph Smith and passed on through Latter Day prophets.

So, we must ask ourselves three vital questions:

2)  Do you believe in the right Jesus?

3)  Must you believe in the right Jesus in order to be saved?

Over the next few posts, I’ll work through those questions with the ultimate goal of answering the question – “Must I believe that Jesus is God in order to be saved?”

Spoiler alert – the answer is “yes.”