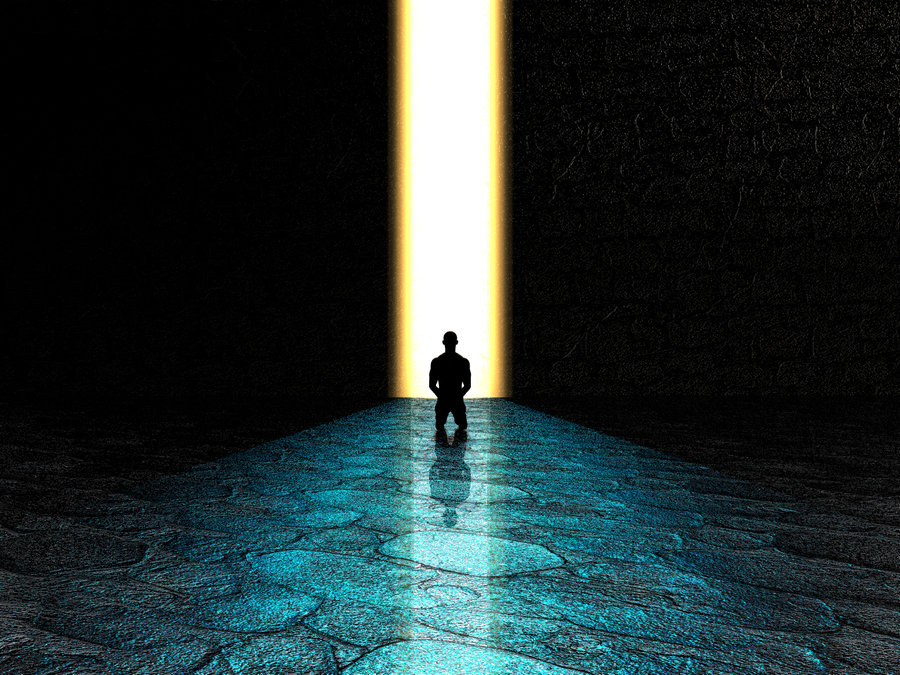 In the wake of the horrific Orlando murders, I am reminded of conversations about death throughout the years that my friends and I have had with various people – many of whom claim no particular allegiance to Christ or Christianity, and some of whom are avowed atheists.  These conversations are good and necessary – we should all be aware that our life is a vapor, here today, gone tomorrow.  Even atheists believe that they could die tomorrow, we all could.

Nobody is guaranteed tomorrow.

In these conversations that we have had, we have noticed a few things common in all of them:

And almost everyone believes that Omar Mateen is not in a better place for this reason – that he deserves to be punished for what he did.

But then we hear that Omar Mateen believed in an afterlife too, so we qualify our thought …

But who are people like me?  Well, good people, obviously.

And then we realize that, in some parts of the world, Omar Mateen is being heralded as a hero, he is the poster boy for “good person like me.”

So we modify it again …

“In order to be admitted into the Afterlife Resort Hotel and Spa, you need to believe it exists, and if your life demonstrates goodness, based on my definition of good, that buys you a keycard.”

You get the point.

If you use your definition of good and worthy, eventually everyone will be excluded except you.  Well, you and people exactly like you.

Eternity in the echo chamber.  Yippee.

I have a better definition, if you will hear it.  It is a definition that includes people from every tribe, tongue, and nation.  It includes the poor, the oppressed, the slave, the meek, the weak, the victimized, the downtrodden.  It is as diverse as this world.

But it also includes the rich, the strong, the free.  The conservative and the liberal.  The gun folks who want no control and the ones who want confiscation.  The NRA, the Trumpkins, the Obamites.

NO WAY! Why on earth would you want it to include those people?!?

So, here’s the better definition of how to get this keycard …

“Whoever believes in Jesus will not perish, but have everlasting life.”

This definition comes with consequences though – it means that you must believe that Jesus is who He says He is, does what He said He does, and everything He says is true.  Everything.

It also means that everything you believe about how you or anyone else gains entry into the good afterlife is DEAD WRONG unless it squares with what Jesus said. Everything.

So, do you want to hear a few things He said?

When I saw him, I fell at his feet as though dead. But he laid his right hand on me, saying, “Fear not, I am the first and the last, and the living one. I died, and behold I am alive forevermore, and I have the keys of Death and Hades. (Revelation 1:17-18 ESV)

Oops…believing that there is an afterlife isn’t good enough – you must believe that Jesus is “He.”  God.  Do you believe that?

There is also this exchange …

And behold, a man came up to him, saying, “Teacher, what good deed must I do to have eternal life?” And he said to him, “Why do you ask me about what is good? There is only one who is good. If you would enter life, keep the commandments.” He said to him, “Which ones?” And Jesus said, “You shall not murder, You shall not commit adultery, You shall not steal, You shall not bear false witness, Honor your father and mother, and, You shall love your neighbor as yourself.” The young man said to him, “All these I have kept. What do I still lack?” Jesus said to him, “If you would be perfect, go, sell what you possess and give to the poor, and you will have treasure in heaven; and come, follow me.” When the young man heard this he went away sorrowful, for he had great possessions. (Matthew 19:16-22 ESV)

Oops…you are not good enough – only God is good enough, and He defines good.  Not you.  Do you believe that?

And as if that weren’t enough, there’s this…

Then Peter, filled with the Holy Spirit, said to them, “Rulers of the people and elders, if we are being examined today concerning a good deed done to a crippled man, by what means this man has been healed, let it be known to all of you and to all the people of Israel that by the name of Jesus Christ of Nazareth, whom you crucified, whom God raised from the dead—by him this man is standing before you well. This Jesus is the stone that was rejected by you, the builders, which has become the cornerstone. And there is salvation in no one else, for there is no other name under heaven given among men by which we must be saved.” (Acts 4:8-12 ESV)

Even if you are the goodest person on the planet, you will go to the bad afterlife if you don’t trust in Jesus.  Your best goodness isn’t good enough.  Sorry.

Even if you are the most religious person on the planet, you will go to the bad afterlife if you don’t trust in Jesus.  Your best religion isn’t good enough.  Sorry.

Regardless of who you are – rich, poor, slave, free, man, woman, Gentile, Jew, regardless of what you have done, believed, stolen, destroyed, built, however you have sinned, it doesn’t matter – you will go to the bad afterlife if you do not trust in Jesus.

Do you believe that?

But, then I heard the best news of all …

And you were dead in the trespasses and sins in which you once walked, following the course of this world, following the prince of the power of the air, the spirit that is now at work in the sons of disobedience—among whom we all once lived in the passions of our flesh, carrying out the desires of the body and the mind, and were by nature children of wrath, like the rest of mankind. But God, being rich in mercy, because of the great love with which he loved us, even when we were dead in our trespasses, made us alive together with Christ—by grace you have been saved—and raised us up with him and seated us with him in the heavenly places in Christ Jesus, so that in the coming ages he might show the immeasurable riches of his grace in kindness toward us in Christ Jesus. For by grace you have been saved through faith. And this is not your own doing; it is the gift of God, not a result of works, so that no one may boast. For we are his workmanship, created in Christ Jesus for good works, which God prepared beforehand, that we should walk in them.  (Ephesians 2:1-10 ESV)

Regardless of who you are – rich, poor, slave, free, man, woman, Gentile, Jew, regardless of what you have done, believed, stolen, destroyed, built, however you have sinned, it doesn’t matter – you will go to the good afterlife if you trust in Jesus.

By grace, through faith.

Do you believe that?