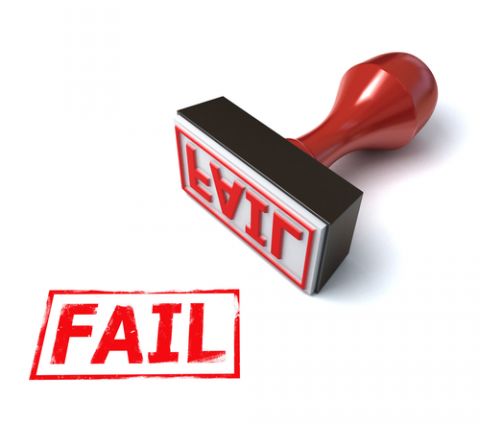 I have attempted to stay away from political posts this year, unless such topics have a direct line to or from the gospel of Jesus Christ.

In the past week, there have been a few overtly political events that are rooted in the utter rejection of the truth of the gospel, and one of them involves a man who many Christians supported for president, Bernie Sanders, the so called hero of the common man.  But Sanders has come out squarely against both Jesus and Article 6 of the Constitution.

John 8:19–24 (ESV) (19) They said to him therefore, “Where is your Father?” Jesus answered, “You know neither me nor my Father. If you knew me, you would know my Father also.” (20) These words he spoke in the treasury, as he taught in the temple; but no one arrested him, because his hour had not yet come. (21) So he said to them again, “I am going away, and you will seek me, and you will die in your sin. Where I am going, you cannot come.” (22) So the Jews said, “Will he kill himself, since he says, ‘Where I am going, you cannot come’?” (23) He said to them, “You are from below; I am from above. You are of this world; I am not of this world. (24) I told you that you would die in your sins, for unless you believe that I am he you will die in your sins.”

John 8:39–47 (ESV) (39) They answered him, “Abraham is our father.” Jesus said to them, “If you were Abraham’s children, you would be doing the works Abraham did, (40) but now you seek to kill me, a man who has told you the truth that I heard from God. This is not what Abraham did. (41) You are doing the works your father did.” They said to him, “We were not born of sexual immorality. We have one Father—even God.” (42) Jesus said to them, “If God were your Father, you would love me, for I came from God and I am here. I came not of my own accord, but he sent me. (43) Why do you not understand what I say? It is because you cannot bear to hear my word. (44) You are of your father the devil, and your will is to do your father’s desires. He was a murderer from the beginning, and does not stand in the truth, because there is no truth in him. When he lies, he speaks out of his own character, for he is a liar and the father of lies. (45) But because I tell the truth, you do not believe me. (46) Which one of you convicts me of sin? If I tell the truth, why do you not believe me? (47) Whoever is of God hears the words of God. The reason why you do not hear them is that you are not of God.”

Did you catch that?  “Unless you believe that I am he, you will die in your sins.” Pretty cut and dried.

And Article 6 of the Constitution states…

The Senators and Representatives before mentioned, and the Members of the several State Legislatures, and all executive and judicial Officers, both of the United States and of the several States, shall be bound by Oath or Affirmation, to support this Constitution; but no religious Test shall ever be required as a Qualification to any Office or public Trust under the United States.

Did you catch that?  “… no religious test shall EVER be required as a qualification to any office …”  Also, pretty cut and dried.

Even if the Christian under question believes another foundational truth, that we are all of us in the same boat!  The gospel says that everyone, without exception, prior to receiving Christ, stands condemned before God, and that the only way any of us is pardoned is by grace alone, through faith alone, in the sacrifice of Jesus alone …

Ephesians 2:1–9 (ESV) (1) And you were dead in the trespasses and sins (2) in which you once walked, following the course of this world, following the prince of the power of the air, the spirit that is now at work in the sons of disobedience— (3) among whom we all once lived in the passions of our flesh, carrying out the desires of the body and the mind, and were by nature children of wrath, like the rest of mankind. (4) But God, being rich in mercy, because of the great love with which he loved us, (5) even when we were dead in our trespasses, made us alive together with Christ—by grace you have been saved— (6) and raised us up with him and seated us with him in the heavenly places in Christ Jesus, (7) so that in the coming ages he might show the immeasurable riches of his grace in kindness toward us in Christ Jesus. (8) For by grace you have been saved through faith. And this is not your own doing; it is the gift of God, (9) not a result of works, so that no one may boast.

That is a humbling truth.  There is no room for boasting, and telling it like it is, that Muslims, Jews, and every other single person in the entire world who has ever lived, is living now, or will ever live stands condemned before God apart from the blood of Christ, is neither boastful, nor prideful, nor mean, it is simply true!  And if you use that truth as a cause for boasting, well then you are just as wrong as Bernie, and need to repent!

That said, telling a professing Christian to renounce his faith in order to serve is bad enough, but Bernie didn’t stop there.  He even went so far as to say that the basic teaching of Christianity is un-American.  In response to a Christian who’s only crime was to affirm what Jesus said in John 8, Bernie ironically passed a condemnation of his own.  In his own words, “I would simply say, Mr. Chairman, that this nominee is really not someone who this country is supposed to be about.”

There you have it.  Plain as day.  You, by the simple fact that you believe Jesus, are not only disqualified from public office, you are “not what this country is about.”  Condemned.

So it ultimately makes complete sense – he rejects the clear teaching of his own scripture and still considers himself Jewish, so he expects you to do the same – renounce your scriptures and still call yourself a Christian.

But we do not seek the approval of men, or at least we shouldn’t.  We should seek God, and His kingdom first and foremost.  Regardless of what man may think of us, we must not try to make it palatable to a culture that hates it.  We can not, must not, remove the offense for He says in His word …

1 Corinthians 1:18–19 (ESV) (18) For the word of the cross is folly to those who are perishing, but to us who are being saved it is the power of God. (19) For it is written, “I will destroy the wisdom of the wise, and the discernment of the discerning I will thwart.”

Romans 9:30–33 (ESV) (30) What shall we say, then? That Gentiles who did not pursue righteousness have attained it, that is, a righteousness that is by faith; (31) but that Israel who pursued a law that would lead to righteousness did not succeed in reaching that law. (32) Why? Because they did not pursue it by faith, but as if it were based on works. They have stumbled over the stumbling stone, (33) as it is written, “Behold, I am laying in Zion a stone of stumbling, and a rock of offense; and whoever believes in him will not be put to shame.”

If we remove the offense of the gospel, we very literally remove Jesus from the gospel.  And a gospel without Jesus is no gospel at all!

In the end, this is not really about supporting Bernie (though it certainly has implications regarding that), it is about how real your faith is.

1 John 2:18–25 (ESV) (18) Children, it is the last hour, and as you have heard that antichrist is coming, so now many antichrists have come. Therefore we know that it is the last hour. (19) They went out from us, but they were not of us; for if they had been of us, they would have continued with us. But they went out, that it might become plain that they all are not of us. (20) But you have been anointed by the Holy One, and you all have knowledge. (21) I write to you, not because you do not know the truth, but because you know it, and because no lie is of the truth. (22) Who is the liar but he who denies that Jesus is the Christ? This is the antichrist, he who denies the Father and the Son. (23) No one who denies the Son has the Father. Whoever confesses the Son has the Father also. (24) Let what you heard from the beginning abide in you. If what you heard from the beginning abides in you, then you too will abide in the Son and in the Father. (25) And this is the promise that he made to us—eternal life.

If you would renounce your faith so easily, it shows the world how real it was, and you have a few of options as far as I see them:

Being a Christian is hard enough, so pretending to be a Christian is even harder.  If you call yourself a Christian and reject what Jesus says, something is horribly wrong.  I’m with John …

1 John 2:3–6 (ESV) (3) And by this we know that we have come to know him, if we keep his commandments. (4) Whoever says “I know him” but does not keep his commandments is a liar, and the truth is not in him, (5) but whoever keeps his word, in him truly the love of God is perfected. By this we may know that we are in him: (6) whoever says he abides in him ought to walk in the same way in which he walked.

Do you abide in Him and keep His commandments? Is your life characterized by repentance and seeking Him first?  Or do you say you know Him and yet demonstrate that you don’t by rejecting His word and thus proving yourself a liar?

Where will you stand when you are called to renounce your beliefs in order to appease the god of this age, when you are very literally put on trial for your faith?  Would you pass “Bernie’s test”, renounce your faith, thereby showing the world that you are actually ashamed of the gospel of Jesus?

Or would you fail miserably, intentionally, and in epic fashion, thereby show yourself approved?