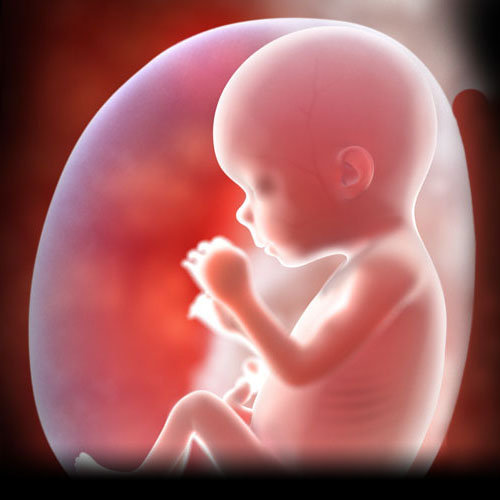 I woke up this morning thinking about the potential to be disheartened at the support for Planned Parenthood I’ve seen the past couple of weeks. But then I remembered a few things about how Jesus saved me, about how He will build His church, about how He will judge the wicked, and about how vengeance is His.

And then I remembered something else – the real issue in this recent abortion discussion is not “selling” body parts. The real issue is that it’s legal for a woman to kill a child for any reason she wants to give.

And those of us who want to protect children are letting ourselves get sidetracked.

The people who support planned parenthood have a completely consistent argument – “It’s OK for us to kill babies so we might as well use their parts for something.” That is the argument, but they miss the point. The point, of course, is that “No, it is NOT OK to kill babies.”

I’m waiting for those who support Planned Parenthood to support them whole hog and say “Yes, I believe that it is OK to kill human babies, against their will, and it’s OK to use their parts for whatever purpose we want.”

Even now, as Planned Parenthood admits that the “clump” of cells” is actually human (remember when we thought “if they would only recognize that a fetus is a young human!”)

Even now, as PP admits that they try not to damage those human parts when they kill the baby (remember when we thought “if they could only see that a fetus has a heartbeat!”)

Even now, as PP admits it’s not the mother’s heart, lungs or liver they are “selling” (remember when we thought “if they would only realize that the baby inside of her is a completely unique human!”)

Even now, that it’s clearly not about health care (remember when we thought “If they would only see that abortion is no substitute for birth control!”)

Even now, they don’t care (remember when we thought they would?)

And they still don’t care.

This is what we are up against. It is a worldview that justifies the murder of children not because they are just “a clump of cells”, that’s not defensible anymore, but by labeling them “not a person” or “a mistake” … even President Obama said that if one of his daughters made a mistake, she shouldn’t be punished with a baby.  Firstly, babies aren’t punishments.  Secondly, somebody forgot to tell President Obama that it’s about healthcare, not birth control.

Care to take a guess at the percentage of women who have abortions for healthcare (health/rape/incest) reasons?

The rest? Here are some reasons, in no particular order…

All excellent reasons to kill children, but one thing is missing … yup, healthcare. But there is a common theme – birth control. Why take precautions? Why worry about consequences? If I “accidentally” get pregnant, I can simply kill the baby. Makes sense. Voluntarily engage in risky behavior and not only not take responsibility for the outcome, but kill the child that was created because of your irresponsibility. Pretty much sums up the self centered worldview that demands abortion for any reason, a worldview which is perfectly summed up in this phrase:

(nevermind that “their body” and the baby’s body are two different bodies – both unique, both distinct, both human.)

But even though the numbers don’t lie, Planned Parenthood and the politicians in bed with them do. It is a bald faced lie that they want abortion “rare” – if they permitted abortion only in the case of rape/incest/health, it would be rare by definition! Their words and actions of defending “abortion on demand for any reason, and no parental consent” tells me all I need to know about their true intentions.

If I were cynical, I’d say that they don’t want it “rare” because “rare” neither pays the bills nor motivates their base.

More than half of women seeking abortions are in their 20s, with women aged 20-24 having the highest abortion rate of any age group. 60% of women having abortions already have a child, and 30% have more than one. The area of the country with the highest abortion rate is the northeast. These are not clueless southern hick teens who have been taught “abstinence only” – they are educated, working women who are using abortion as birth control, not “healthcare”.

No matter how you slice the baby, abortion is evil enough on it’s own – we don’t need to get sidetracked trying to make it “more evil” by saying “WHAT? They are selling the parts? That’s HORRIBLE!” Selling parts of babies is horrible, but it is a logical outcome of the “killing babies is OK” worldview, and that’s what we need to keep exposing.

Those who support Planned Parenthood already support killing babies, the horror of using the babies they kill for parts is lost on them. And I shudder to see what they come up with next – especially medical ethicists with ties to places like Oxford University saying things like…

Parents should be allowed to have their newborn babies killed because they are “morally irrelevant” and ending their lives is no different to abortion.

OK, you can vomit now.

We can’t afford to get sidetracked into a debate framed by people who support killing children. We can’t fall into the trap of trying to make abortion “more evil” because Planned Parenthood is breaking federal law by modifying abortion procedures to harvest organs.  We can’t become defensive in trying to address every point of contention with the videos that have been put out – the videos speak for themselves, let them.

In the videos, Planned Parenthood doctors admit that what they are killing are human beings with human parts that they can use.

In effect, they are admitting that parts of dead human babies are more valuable than the human babies themselves.

But I don’t see any Facebook avatars with pictures of bloody, chopped up babies and text saying “I support Planned Parenthood.”

Not as pretty as a rainbow apparently…