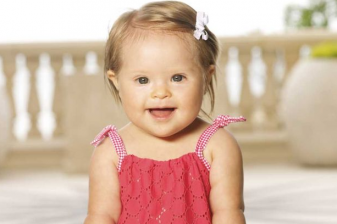 WARNING – I almost got physically sick reading this, the URL may be enough for you.

It boils down to this summary quote:

The issue of whether or not murder charges are appropriate involving a case involving the death of a fetus or late-term pregnancy is always a difficult issue,” Garnett said. “Under Colorado law, there’s no way murder charges can be brought if it is not established that the fetus lived as a child outside the body of the mother for some period of time. I don’t know the answer yet as to whether that could be established – what our facts are here. One of the issues that we will need to evaluate in connection with that is the medical information from the autopsy.

After reading that, I have pop quiz for all of you – don’t worry, it’s only 1 question.  And it’s really easy.  Really.

If I attack a pregnant woman, cut open her belly, and forcibly remove her 7 month old baby from her womb, and the baby dies, is it murder? (Choose only one answer)

Science proves it. Reason demands it. Religion testifies to it. So why the difficulty?

Answer: It’s “difficult” because we no longer determine human worth based simply on being human.  And we are selfish and depraved.  Mostly because we are depraved.

It’s really not difficult at all.  But, because we are morally depraved, at some point along the way, we decided to determine human worth based on externals, or worse, what can she do for me?  We actually say things like this:

And speaking of shame, shame on us.

Apparently, it is only wrong if the child was wanted.  Or the right color.  Or healthy.  Or financially viable.  Or the right sex.  And even then, we try to protect our right to kill her over her right to live.

If a thief broke into my house to steal one of my children, and killed her in the process, he’d certainly face murder charges.  But if a thief cuts my wife open to steal our child and kills her (the child) in the process, it’s what…aggravated assault?

But in the final analysis – it’s even worse.  No matter the situation, the conversation has been framed absolutely wrongly.  It’s not about humanity anymore – because there is no doubt there – it’s about desire – because then we can justify it.

But you must see it’s devilish consistency.

In a land where late term abortions are legal and “abortion on demand, for any reason, no questions asked” is the defining mantra of “women’s reproductive rights”, we shouldn’t be surprised at all by this story. Apparently, it’s just some form of armed robbery after all.

Colorado Rep. Janak Joshi supported the 2013 bill and hoped the committee would approve it.  He said, “…Colorado law has a glaring loophole that fails to protect unborn children who are harmed or killed during the commission of a crime. In the past, pro-abortion legislators have tried to dismiss this type of bill as unnecessary. Even though this bill is not about abortion, the radical pro-abortion lobby is pulling out all the stops to defeat this bill. In fact, Planned Parenthood has publicly admitted that they refuse to give even an inch when it comes to protecting pre-born babies.”

If that’s not evil, I have no idea what is…well, I guess there’s this:

Leviticus 18:21 You shall not give any of your children to offer them to Molech, and so profane the name of your God: I am the LORD.

One wonders – if an unborn baby is not actually a human worth protecting, why don’t abortionists just birth them and throw them into a fire pit while they are still alive like people used to do with older children?  But I suppose that’s too evil.  What about birthing them and then shooting them in the head with a .45?  Too gruesome?  If an unborn baby isn’t human, then abortion should be a non-issue, and there should be no attempt to make it rare.

But an unborn baby is human.  Provably.  Without a doubt.

So, I ask you, where is her advocate?  Will you be outraged for her?  Will you mourn for her?  Will you weep for our society, a society who claims to want to make killing children “rare”, but who fights relentlessly for the right to kill children for any reason, without consent, without disclosure, and without limits?

Finally, would you have ever imagined that these words would one day come from the lips of any rational person:

“If you think forcibly removing a 7 month old baby from a pregnant woman’s womb resulting in the baby’s death is wrong, don’t do it. But don’t you DARE say it’s wrong for everybody.”

Well they are.  And I’ve heard them before.

“If you think abortion is wrong, don’t have one. But don’t you DARE say it’s wrong for everybody.”

You had better be sure society needs you.

Because when you are no longer desired, you should probably be killed.