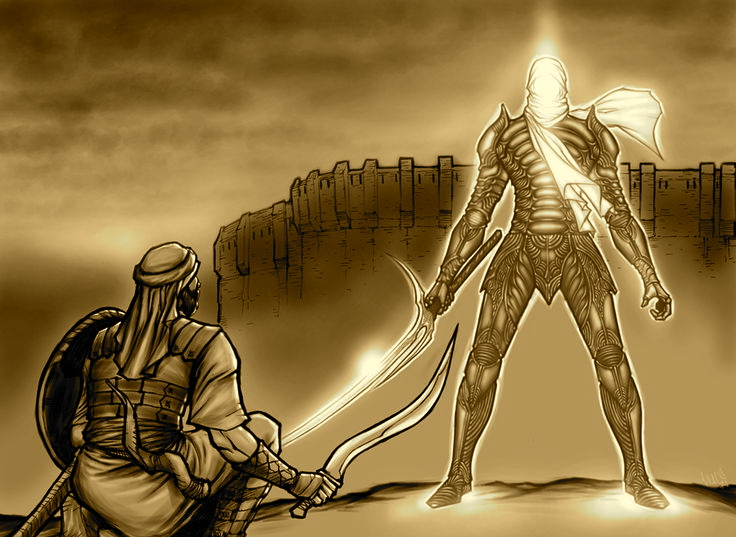 In reading Joshua 1-5 today, I was struck by a number of things, but there were two things that stood out even in that.  One of them is right away in the first verses of the first chapter – the way in which God commissions Joshua.

Basically God says “Joshua, Moses is dead, you have work to do, and here is what you need to do and where you need to do it.  I know you can’t possibly do it on your own, so I’m by your side.  So be strong and courageous so that through you, my people will inherit their land.  But you must be obedient to my law, else you will fail.  And remember,I will never leave you or forsake you.”

Far from it. In fact, God even has to command Joshua to be strong and courageous because the task set before him was literally impossible for him to do apart from God. I’ll bet Joshua knew this as well, which is why in verses 10-16, Joshua reiterates this to the people.

And given the response of the people, they probably knew this about Joshua as well, for they reply to him “Only may the LORD your God be with you, as he was with Moses!” and “Only be strong and courageous.”

What an encouragement! To be a leader whose people know that the only way you can possibly succeed is by God working through you! And that they still bought into the vision and followed him, knowing that he can’t possibly win unless God is working!

This thought continues through the next few chapters as God prepares Joshua for the siege at Jericho.  Then, the other thing that struck me – right before the siege begins we see this encounter:

Joshua 5:13-15 [13] When Joshua was by Jericho, he lifted up his eyes and looked, and behold, a man was standing before him with his drawn sword in his hand. And Joshua went to him and said to him, “Are you for us, or for our adversaries?” [14] And he said, “No; but I am the commander of the army of the LORD. Now I have come.” And Joshua fell on his face to the earth and worshiped and said to him, “What does my lord say to his servant?” [15] And the commander of the LORD’s army said to Joshua, “Take off your sandals from your feet, for the place where you are standing is holy.” And Joshua did so. (ESV)

So, a commander shows up with a sword…big deal, right?  Yes.  absolutely, incredibly, BIGGEST DEAL!  Compare this encounter to this passage:

Peter was pretty awesome, but he refused worship.

Revelation 22:8-9 [8] I, John, am the one who heard and saw these things. And when I heard and saw them, I fell down to worship at the feet of the angel who showed them to me, [9] but he said to me, “You must not do that! I am a fellow servant with you and your brothers the prophets, and with those who keep the words of this book. Worship God.” (ESV)

Angles are also pretty awesome. But they refuse worship.

So what’s the big deal?  Notice how the commander responds to Joshua’s worship.  Did you catch it?  Incredibly, he does not correct Joshua from falling in worship at his feet.

And then he says “Take off your sandals from your feet, for the place where you are standing is holy.” Sound familiar?

Exodus 3:2-5 [2] And the angel of the LORD appeared to him in a flame of fire out of the midst of a bush. He looked, and behold, the bush was burning, yet it was not consumed. [3] And Moses said, “I will turn aside to see this great sight, why the bush is not burned.” [4] When the LORD saw that he turned aside to see, God called to him out of the bush, “Moses, Moses!” And he said, “Here I am.” [5] Then he said, “Do not come near; take your sandals off your feet, for the place on which you are standing is holy ground.” (ESV)

Right before the siege of Jericho, God (most likely the person of Jesus) shows up!  And did you also catch how God answered Joshua’s question?  When Joshua asked “Are you for us, or for our adversaries?”, God replied in a strange way.

He said “No.” (or “neither” depending on the translation.)

So, who was He there for if not Joshua or Joshua’s enemies?

Himself perhaps?  Was He there to take over command of His army?

Yes.  He remained true – He never left.  He was always there.  And Joshua’s final preparation was to lay down command and hand it over to God.  Joshua’s question was kind of wrong – God does not ally Himself to our causes no matter what they are, rather, we must ally ourselves with God’s causes.

We can learn a lot from these chapters, and we can ask ourselves a lot of questions too. Questions like:

Do I see Him as someone to serve me at my whim?  Do we ask for God’s stamp of approval on our actions, even righteous ones, or do we seek what God would have us do and then do that?

Do we see God as someone to seek an alliance with – to join us in our cause, or do we see Him as the general who commands us in His causes?

It would do us well to remember our place in God’s plan.

Because in the final analysis, Joshua was not the victorious one.  Nor are we.

And evermore will be.